In a few days there will be an exhibition of paintings in the Beograd Project artists residency here in Belgrade. The paintings are to record en Plein Air, the streets of the city. It's a beautiful place with a dramatic history. The underlining quality of the art, sculpture and architecture scattered around the parks are a pleasure to experience.

It's many streets and small parks are in the process of transformation with the arrival of dramatic new architectural developments. Who knows if they will still be here in years to come. 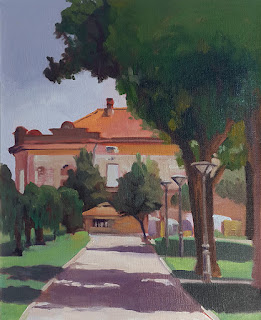 For this demonstration I began a painting at about midday. Knowing that the light would very soon change I focused on the main abstract shapes which would soon be exposed by the changing suns position. The house was in shadow when I started but I knew it would soon be lit. With that in mind I painted out the general forms first and prepared to work from dark to light.

Here's a step by step of the process.

This is the scene before the sun had moved.
It's simplified forms are actually an advantage and within an hour it had changed dramatically as more light fell upon the building and trees. 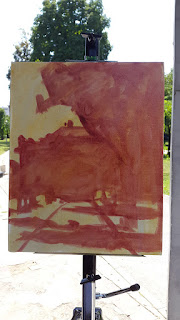 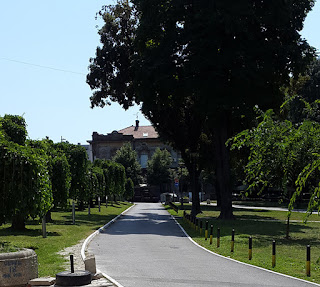 My first order of business was to sketch in the large masses on my canvas. 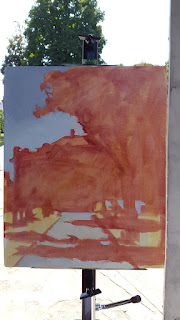 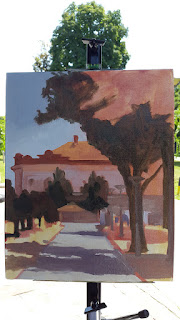 Then to separate out some of the lights. I used a cool grey for the sky and a slightly lighter version for the path. Doing my best to avoid detail as much as possible.

The same color with a tint of red was used for the shadow on the building. I quickly began pulling out lights in the face of the house by sketching in lighter values around the shadow forms.

It's almost there now. At this point you can see the dramatic effect that adding a bright green to the painting has. It's strong shadow forms hold it together and it pops nicely. It's tempting to stop but an additional hour of painting lighter values on the building and greens in the foreground proves rewarding and none of the spontaneity is lost. I still haven't focused on any real details preferring to draw the lights out of the dark. 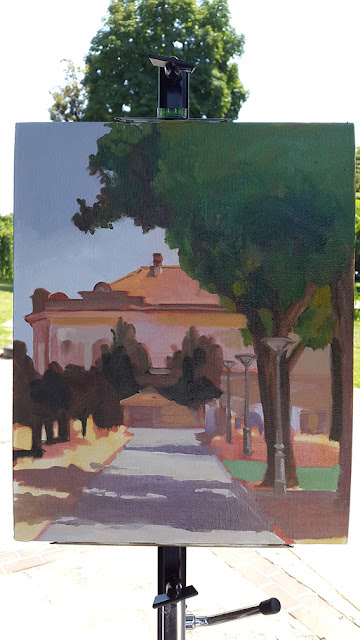 The final painting. Be sure to protect yourself by staying in a well shaded spot. Beautifully lit locations also tend to be very hot. 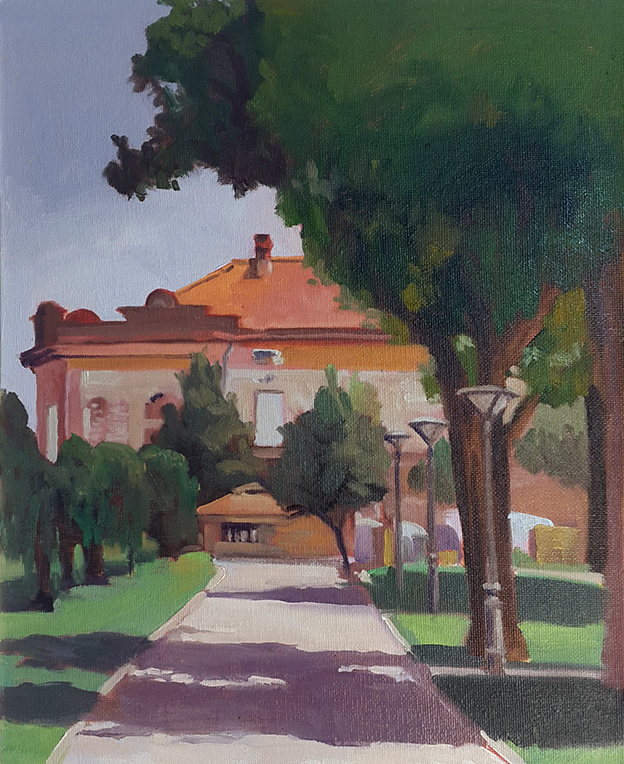